Super backbone, as had you seen before, when you redistribute the OSPF through the MPLS-VPN, is the ability to redistribute in LSA Type 3 instead of the LSA Type 5.

However, connecting such area 0 to each other via the MPLS-VPN, because is not common can say is that it is a special case. Normal configuration is as follows. 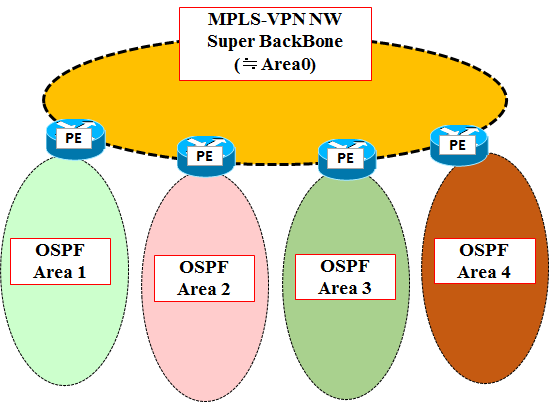 Conditions to operate as a super backbone, is that when you redistribute the OSPF routes in the MP-BGP, which is an extended community of the Path Attribute Type 16 "Domain-ID" is the same as the Domain-ID of the OSPF process of the counter. And if the OSPF process ID is the same, the Domain-ID will be the same. In addition, manually set of the command is also available following (command to set the domain ID = 10).

It should be noted that the extended community there is a Route Type and Route ID as used the way other than the Route-Target. This is the time to redistribute from OSPF to MP-BGP, it will be propagated along with the VPNv4 Prefix and Route-Target. 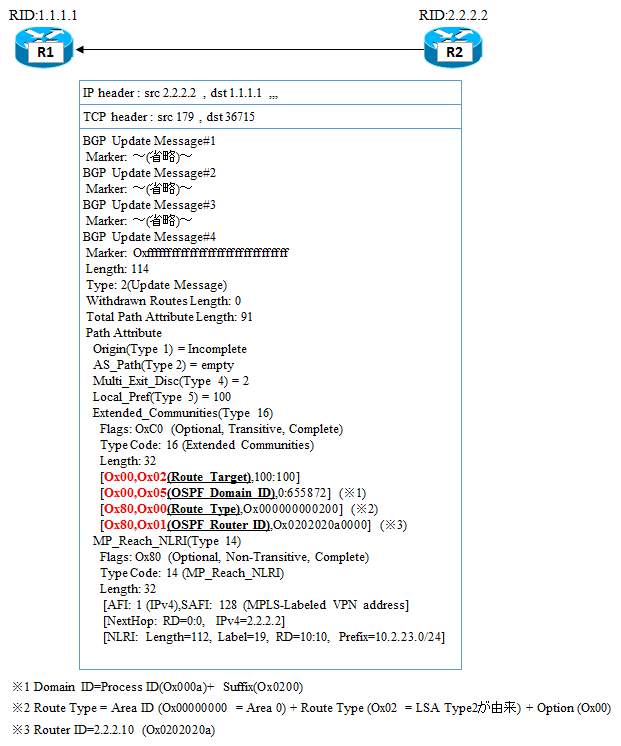 In the Super backbone could not only to re-distribution in the LSA Type3, but by using a feature called Sham-Link (structural link), you can pass the LSA Type1 and 2 on a MPLS-VPN.

To configure the Sham-Link is, the Loopback address to the PE router at both ends created on the VRF first, and distribute the route in BGP. Then, you put a set of Sham-Link in the OSPF process.

Make sure of link state of Sham Link.

It should be noted that, Sham Link is be different from the domain ID can be configured without any problems.