Man in the Middle attack of Wi-Fi

The vulnerability of WPA2 [KRACK] became a hot topic the other day (October 16, 2017), but as I investigated the attack, found that Man in the Middle attack on wireless is being used.

"How does KRACK allow wireless frames decrypted specifically" is here.

Instead, there is a channel-based Man in the Middle attack, and it seems that it is used in the vulnerability of WPA2, so I investigated the outline.

The mechanism of Channel-based MitM was simple as long as it was made familiar. Follow the steps below to execute the attack.

The attacker PC picks up the SSID of the wireless AP (Real AP) he wants to intervene and continues to output jamming waves of the wireless channel (eg, 1 ch) output by this Real AP so that the client PC can not connect to the Real AP I will. At the same time, the attacker's PC outputs the SSID of the Real AP on another radio channel (for example, 5 ch), outputs a radio wave as a fake radio AP (Rogue AP), guides the radio client to the 5-ch WiFi radio I will. 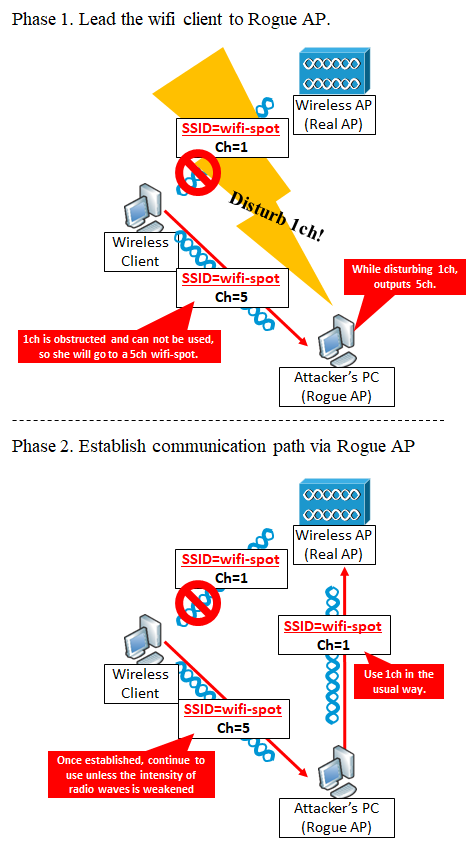