In LACP, up to 16 Ethernet can be included in one LAG, but eight of them are active in time.The remaining 8 become Standby ports and change to Active at the timing when the Active port can not communicate.

The Active port is determined according to the following process.

The priority system compares the following Priority among the switches.The smaller one takes priority as higher priority.

When the priority system (switch) is decided, eight of the ports of the switch, that is, the one with the highest priority = Priority is small, becomes the active port.

As mentioned above, the following information is exchanged with LACP. 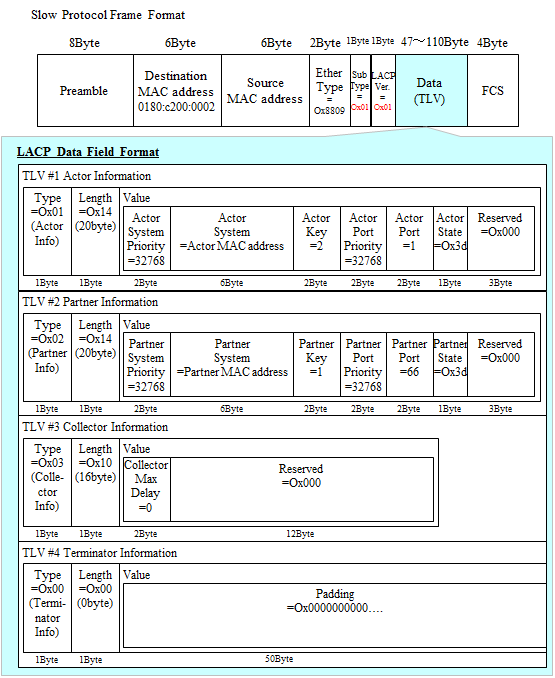 On Cisco, LACP Priority setting is as follows.