I wrote before when the router executes routing, only destination IP address is considered. But you might think not only the destination IP but also the source IP address are wished to be evaluated! If you like that, it can be realized in function of PBR (Policy Based Routing).

So, not only the destination IP address and the source IP address, but you can also change the routing by TCP/UDP port number. 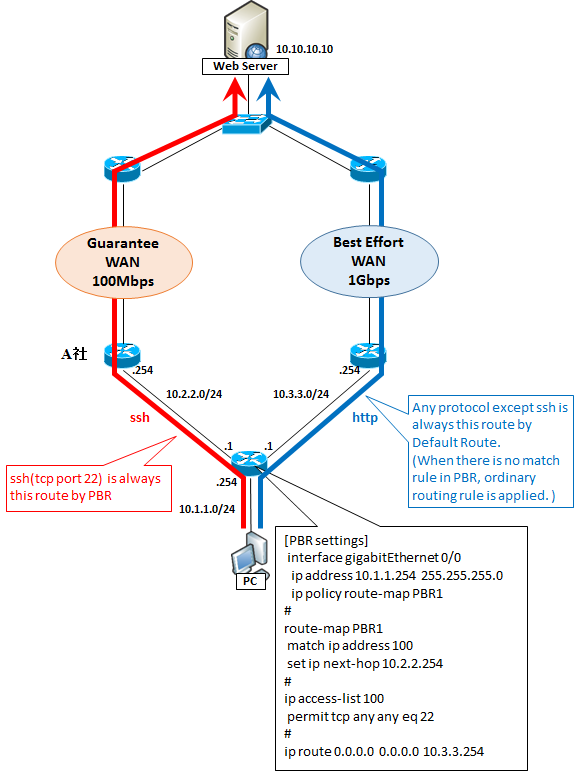 The functions of the router of the PBR, that can be realized by the terminal is IPROUTE2.IPROUTE2 is available as a Linux package.

Instead of the PBR of the access list, you can use the route-[IF-name] file and rule-[IF-name] file in directory /etc/sysconfig/network-scripts. In the previous example, you can cope with IPROUTE2 even if First Hop router is not. 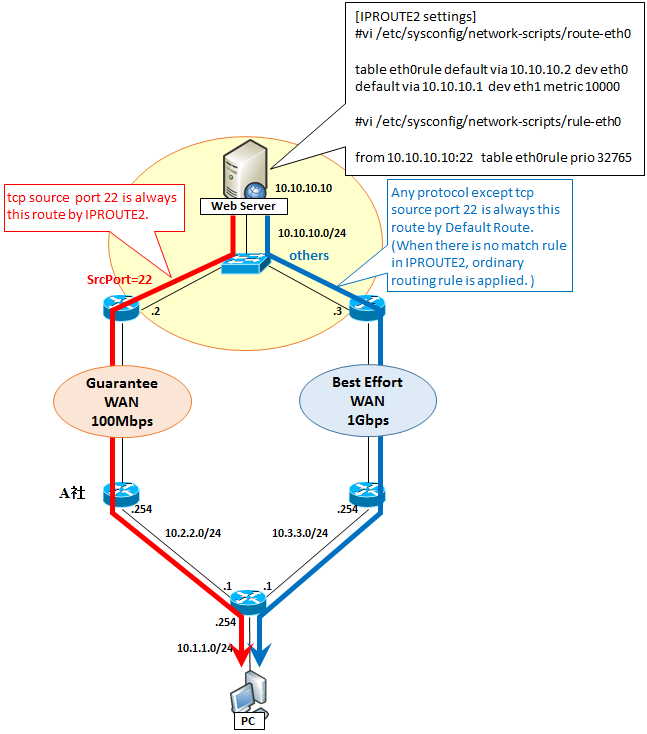 IPROUTE2 does not seem to be provided on Windows.