In multi-access topologies such as broadcast(Ethernet) or non-broadcast(Frame-Relay), rather than all routers exchanging LSA information with each other, it is more efficient that one router gathers all the information from others and announce the feedback later.

So, first of all, we elect a Designated Router (DR) , and at the same time, we will elect a backup of the DR (Backup Designated Router: hereinafter BDR) so that the rolling roles can be handed over as soon as the consolidator goes down. 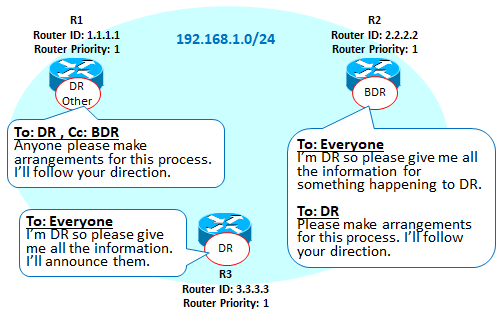 The BDR is the same rule as above, and a router with a higher Router priority value or a higher router ID is chosen next to DR. 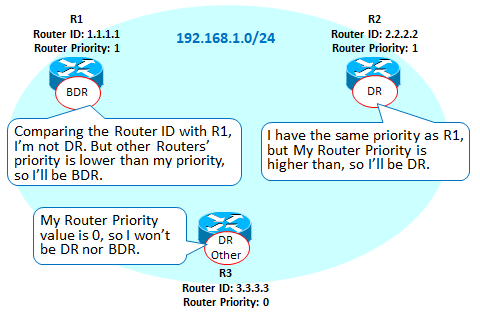