TCP has an attribute called " State " that shows what kind of situation the host is in.

For example, a "state" in which TCP connection is established and data communication is possible is called Established .

The figure below is a state transition diagram of TCP. 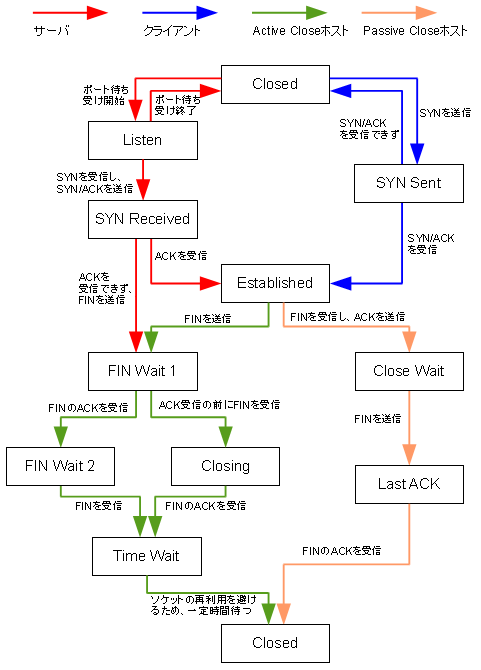 To check the status of TCP, use the command prompt for Windows, or the netstat command for shell on Linux.The following is an example of Windows. 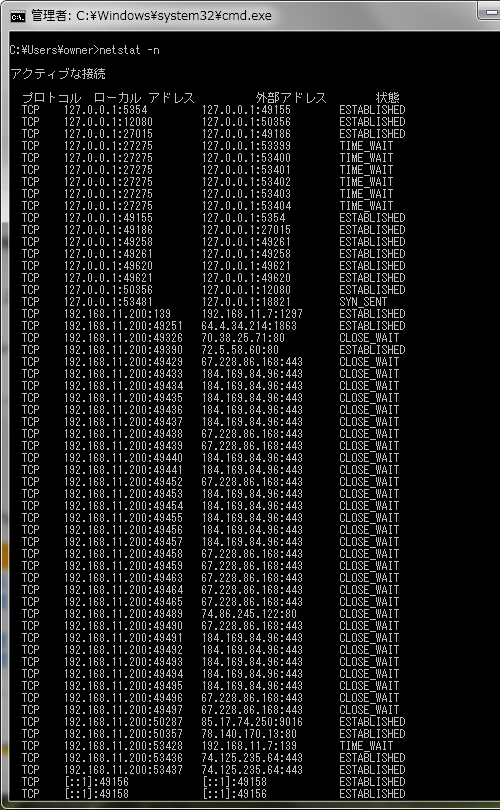