TCP reliability is implemented with sequence number (Seq #) and acknowledgment number (Ack #) ( as described before) .

If data is missing, retransmission is performed, and RTO Retransmission TimeOut is calculated based on the RTT value.

The RTT(Round Trmilestone-of-se.nesuke.com/…ic/tcp-formatip Time) value is the time from when data is sent until ack returns, and only one packet is sampled for each Window size.

Moreover, this RTT value is used to calculate the Smooth RTT (SRTT) value. The calculation formula of SRTT value is as follows.

The following formula is used for RTO.

In addition, on Windows , RTO = 3 seconds is set as the initial value at TCP connection , and after that the RTO value is updated at the timing of the above sampling.

Also, in Windows, the number of TCP retransmissions is five times according to the registry. If you want to change it, modify the "TcpMaxDataRetransmissions" registry as follows. 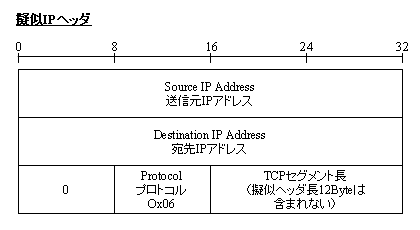 Notice that despite being TCP, the low IP header of the layer is also checked, though it is a part .

In IPv4, we also checksum itself of the IP header itself, and if TCP is used above IP, it means that we double check the IP header.

In IPv6,checksum of the IPv6 header disappeared because of the large number of opportunities to be used with TCP and the low error rate due to the improvement of communication technology . Instead, it is desirable to do this in higher layers, like TCP etc.